It is a calligraphy classroom of calligrapher Hideka Tonegawa. Do you not practice it together?

Welcome To The "Sho" World!

(Tonegawa syuuka of a japanese calligrapher)

My childhood and what l am now

When I was six years old, my father recommended me to study "Sho" or Japanese traditional calligraphy. Of course I didn’t have any knowledge about "Sho" and its skill at all. But even now I remember that I was extremely pleased when my parents praised my childish work by saying "What a wonderful job you've done"! In some cases I had so many hardships that made me feel like discontinuing "Sho" calligraphy. But I didn't quit "Sho". I am proud of having been keeping such a tough work. I am considering at this moment that writing and teaching "Sho" is my true vocation given by god. I feel I have to thank my parents who recommended me to practice calligraphy in my childhood.

Letters were originally created only for better communication. Ancient Japanese aristocrats have heightened writing letters to the level of “works of art”. Those sophisticated style of letters were called “Sho”. The activity of pursuing the high level of “Sho” seriously is named “Sho-do”. Some famous old “Samurais” were also respected as “Sho” masters. The state of handwriting was delicacy of the samurais as well as the swordsmanship from ancient times.

We are living in the age of Internet which has made many people less use handwriting. The development of information technology is causing the decreased number of people who want to learn “Sho”. It is a very sad phenomenon. Even under the circumstances, I am encouraged to recommend people to use their own hands and practice “Sho”.

My “Sho” school has a wide variety of students. Some want to write just beautifully their name and address, others require to study “Sho” deeply, to create unique and artistic works or to be instructors of “Sho” like me. I am making efforts to meet those various requirements of my students, according to their levels.

“Sho” is not only a beautiful and traditional Japanese art but also the really practically useful technique to describe yourself. I am strongly determined to expand abroad this fantastic art “Sho”. If you have any questions, please don’t hesitate to ask. I am always at your service. …A japanese calligrapher Syuuka Tonegawa

His name is “CHAGE” I am a great cat lover. → blog

＊Won a prize in Yomiuri Exhibition

＊International Calligraphy Exhibition sponsored by The Sankei Shimbun, and became a non-inspection member.

＊Won a Tokyo Shimbun prize in All Japan and China exhibition, and became a non-inspection member.! !

＊December 2010 Participated for the first time, and won an Excellent Work prize.

＊December 2011, won a Second Place, and became a non-inspection member.!

＊December 2013, won an encouragement prize, and became a commissioner.

★Interviewed by, and appeared on “Sumi” published by Geijutsu Shinbun Sha for the article of popular calligraphy school.

★The title lettering “SEKAI(world)” of the movies.!

★Published “Write in hand-copying of sutras workbook” from NHK Publishing.

★Published “Workbook of Hand-Copying of Sutras”! published by Seibido Shuppan. !

Voice of the student 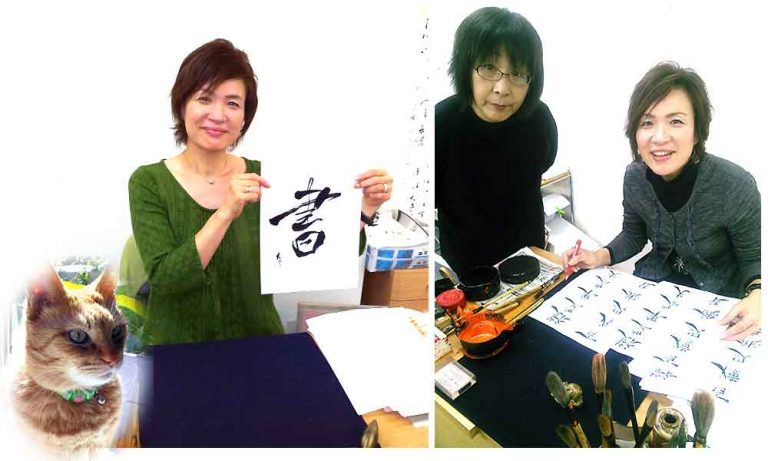 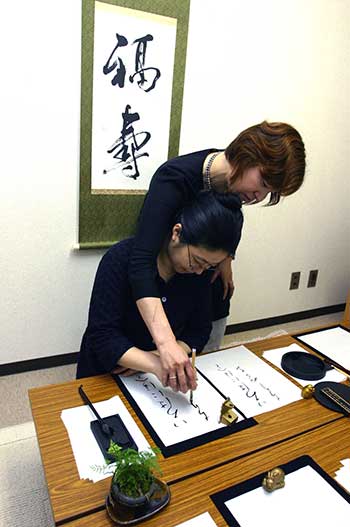 I wrote only a scribbled character routinely before I began a pen character, so i thout of curing my messy handwritting and began pen character.

I used to write characters with strong pressure of apen, so there was something peculiar and heavy about the characters that i wrote. 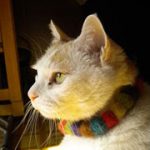